Dr. Summers is a member of the Alpha Omega Alpha Honor Society – the only national medical society in the world. She is a recipient of the American College of Physicians Award of Excellence in Physical Diagnosis, and the Phi Beta Kappa Award of Excellence.

In addition, Dr. Summers is a Commander in the United States Navy Reserve and earned the Army Achievement award during her deployment in support of Operation Iraqi Freedom and Operation Enduring Freedom.

Dr. Summers is also involved in several animal rescue groups and has five rescue horses. She enjoys hiking, cooking and caring for her animals. 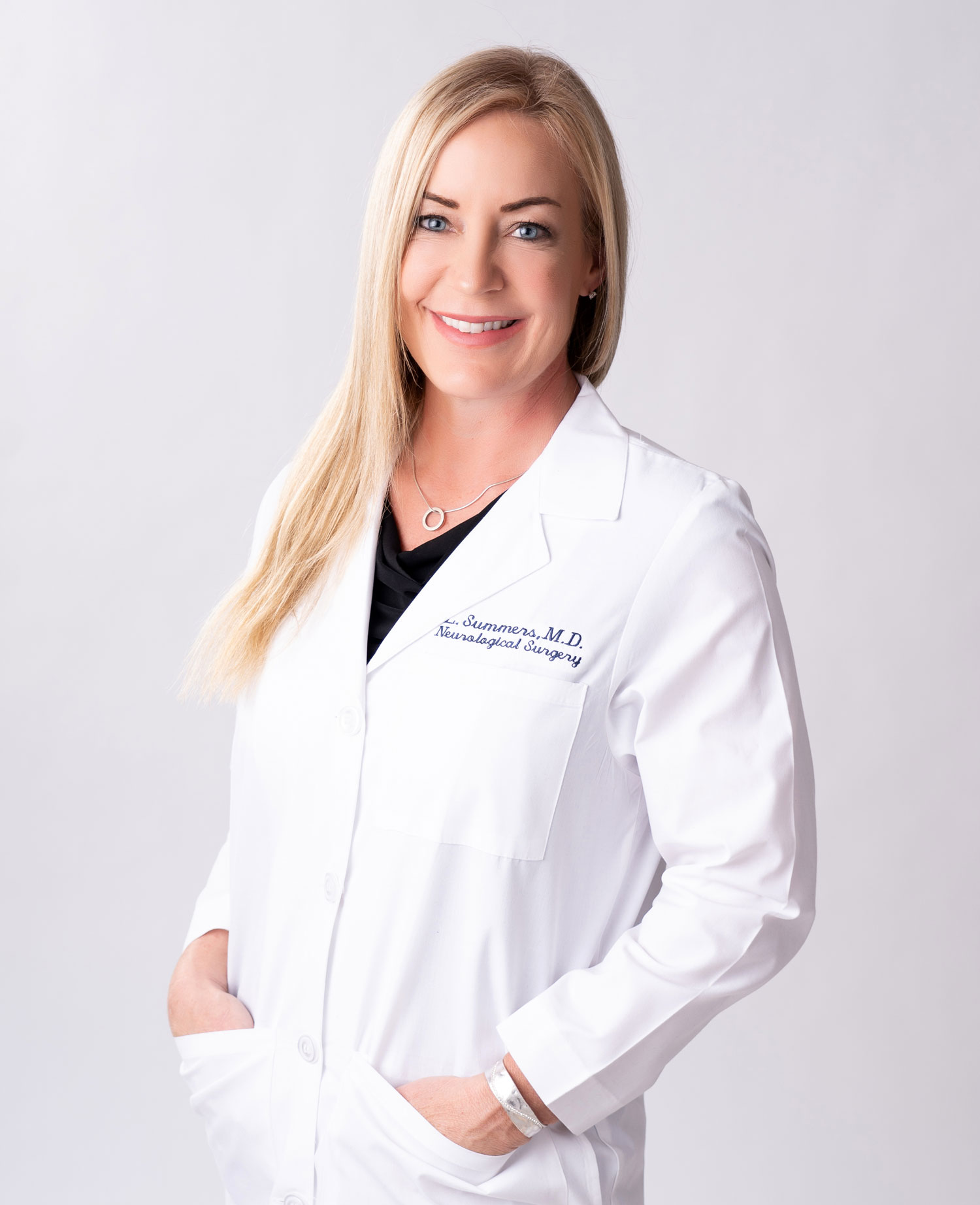 WHY CHOOSE A NEUROSURGEON?

A common misconception about neurosurgery is that neurosurgeons perform only brain surgery.  Neurosurgeons also provide the highest level of expertise in the treatment of spinal disorders.  In fact, the majority of operations performed by neurosurgeons are spine surgeries.  On average, most neurosurgeons spend about 80 percent of their time treating spine disorders.  All neurosurgeons in the United States are trained to diagnose and treat (surgically and non-surgically) disorders of the spine during a six to eight year residency program.  For those who go on to complete a post-graduate Spine Fellowship (Like Dr. Summers), they undergo focused and intense training on the spine for an additional one to two years.  Neurosurgeons are exclusively trained to perform procedures on the entire spine, including the spinal cord.  Many patients choose to take the extra measure of safety when undergoing spine treatment and choose a neurosurgeon. 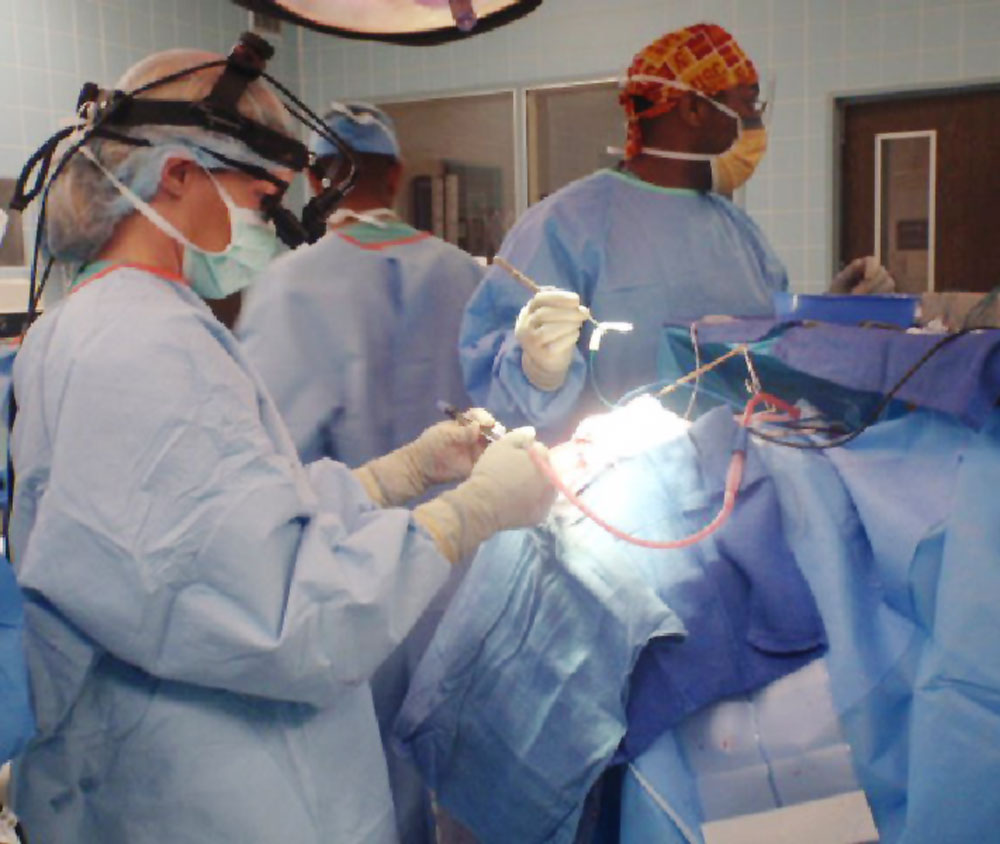